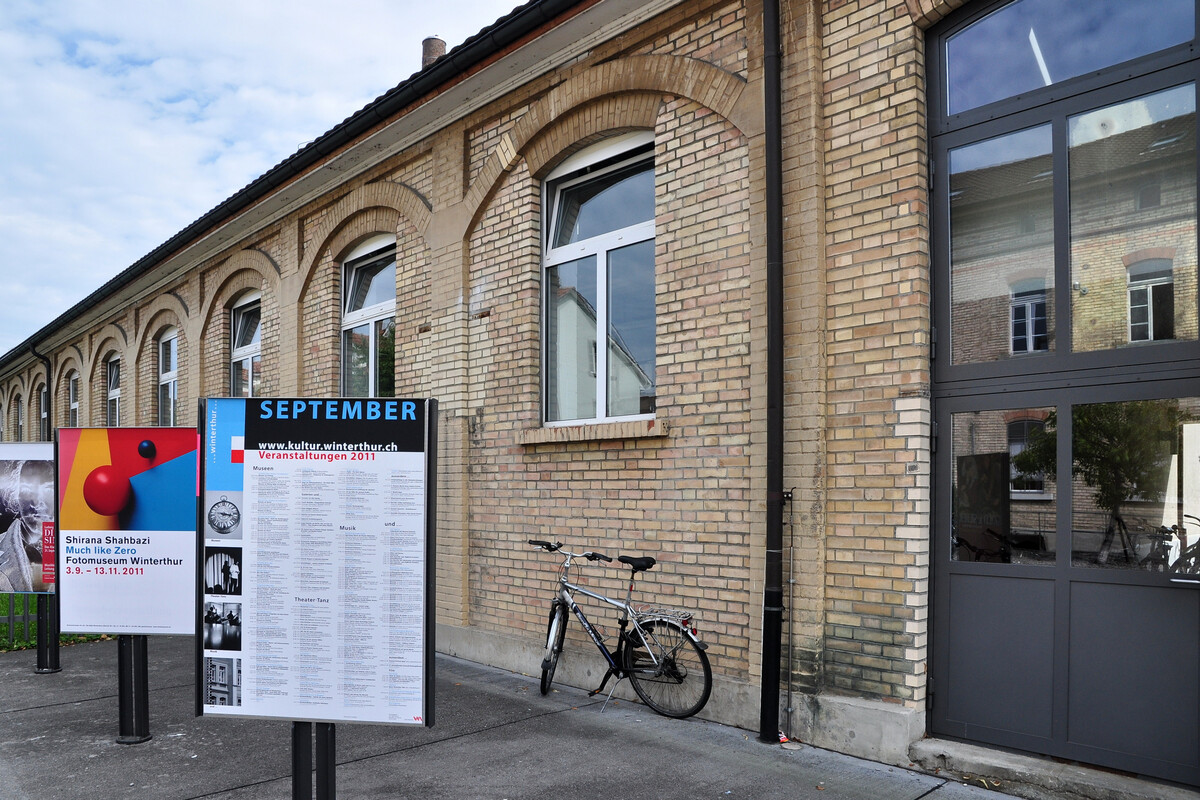 August 2017
This project is unfortunately no longer online. (Previously kulturerbe2018.ch)

The European Heritage Year took place in 2018. The aim of the campaign was to make Europe's cultural heritage visible and to involve its citizens in it.

In cooperation with the Federal Office of Culture - under the patronage of Federal Councillor Alain Berset - the Cultural Heritage Association conceived an online platform on which all activities and projects of the 35 member organisations for the cultural heritage year 2018 were united.

With Primer, we were able to create an extensive campaign page within a very short time and enrich it with various contents. The flexibility in creating content is one of the factors that led us to choose Primer.

On the one hand, the online platform is the source of information for the campaign.

On the other hand, all campaign events are collected on kulturerbe2018.ch. All participants can create and manage their own events so that interested persons can easily access the desired information about an event.

As the official platform for the cultural heritage year 2018, the site is of course available in all four national languages.

The website kulturerbe2018.ch formed a core component of the campaign's work, which the supporting association and its members managed autonomously. They continuously adapated the structure and form of the content to the needs and progress of the project. Information about the project had already been provided in August 2017. The calendar of events then moved into focus and grew continuously to ultimately over 1500 events. Increasingly, landing pages for higher-level projects, regions and organisations were developed with further information as access points. During the events, people and their experiences increasingly became the focus of the campaign. The result was an extensive collection of testimonials and stories that underscored the campaign's great success.

kulturerbe2018.ch was created with Primer and therefore includes all features of the Primer basic package.

The website is largely based on Primer's standard design, which is parametrized by colour scheme and logo. In order to additionally create an individual visual identity, certain elements such as the Hero element were cost-effectively adapted. The Hero element is used throughout on overview pages as the top content element. 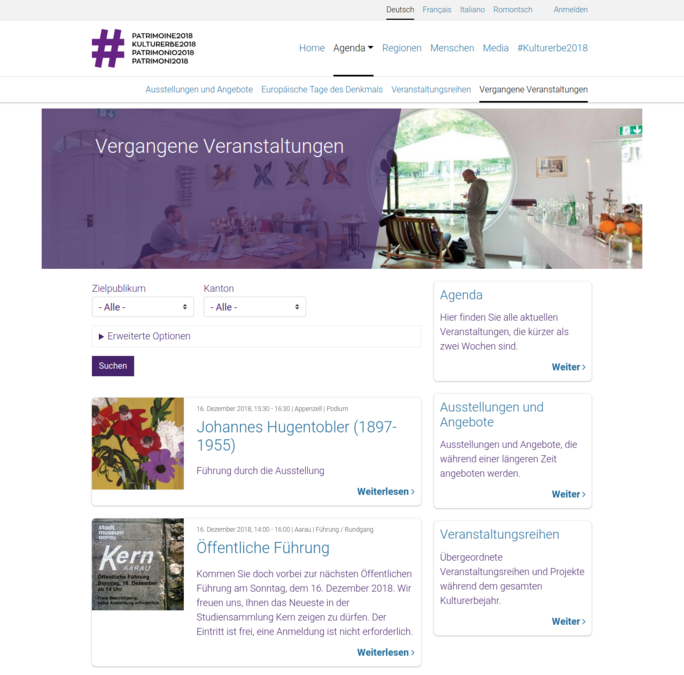 The most important processes of kulturerbe2018.ch: from the agenda with archive, the event self-management, to people and their experiences.

The sponsoring association published a project review (no longer online).

The project #Kulturerbe2018 was awarded 1st place in the Government category at the Splash Awards 2019.

The website kulturerbe2018.ch was the first customer project to be realized with Primer. The architecture of the distribution and the associated tools were put to the test and perfected. Individual optional primer features, such as the community feature, were created or further developed within the framework of this project.

Tools are now available so that new features of the distribution with standard design can be rolled out easily to all instances without colliding with the design individualization. CI tools such as Wraith for visual regression testing for quality assurance have also been introduced.

Compatibility with older browsers needed to be optimized, as member organizations often do not have the ability to use the latest browsers.

Shortly after the GoLive of the second language in January 2018, the system reported 404 errors on translated pages that were available shortly before. The problem was reported in Drupal Core as early as 2016 and, with 125 followers and 230 comments, generally compromised multilingual Drupal 8 installations and often went unnoticed.

For a systematic analysis, the affected pages were first monitored and extended by targeted logging. A manual cache clear could solve the problem in each case. In countless debugging attempts, various theses were pursued and rejected until the cause was finally found and eliminated in route caching. The bugfix affected all multilingual pages with domain negotiation and was integrated in the next Drupal 8 version.